AS Reported On bbc.co.uk

A gel that can be used by women after sex to protect against HIV is a step closer, according to researchers.

Drugs applied three hours after infection could protect female monkeys from a type of HIV, US scientists said.

The findings, published in Science Translational Medicine, could lead to new ways to fight HIV, which is continuing to spread globally.

Experts say large clinical trials would be needed to test any new treatment, and condoms remain the best defence.

In the latest research, a US team took a different approach, testing a new HIV treatment in monkeys that has the potential to work after HIV exposure.

They found the gel protected five out of six monkeys from an animal-human laboratory strain of HIV when applied shortly before or three hours after infection.

The Centers for Disease Control and Prevention in Atlanta, Georgia, which led the study, say it is a “proof of concept” in an animal model.

“Studies still need to be done to look at the window [of opportunity] – is it six, eight, 24 hours?” 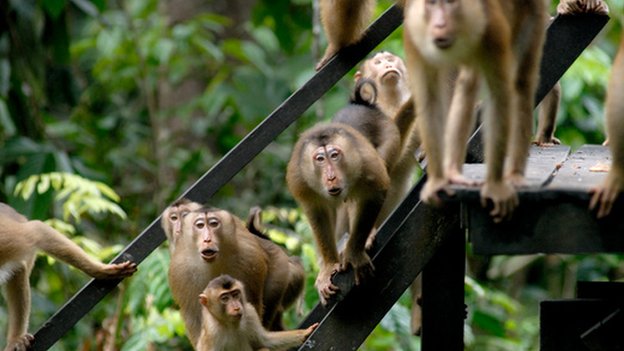 The gel was tested on female pig-tailed macaque monkeys 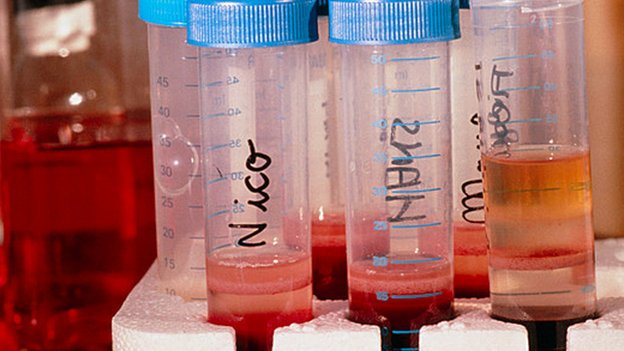 Tubes of chimp blood infected with an animal HIV virus

So far, tests have been carried out in only a small number of monkeys infected with a combination of HIV and a related monkey virus.

Experts say there are several obstacles before any new human treatment can become a reality.

Dr Andrew Freedman, reader and consultant in infectious diseases at Cardiff University School of Medicine, said the gel contained a different class of anti-HIV drug, which attacks the virus at a later stage in infection, potentially allowing it to be used after exposure to infection.

“This is proof of concept that such a topically applied gel, applied post-coitally, might be effective in preventing HIV transmission in humans,” he said.

However, he said caution was needed as the study involved only a few monkeys and it had failed to prevent infection in one of the six.

“Much larger human trials would be required before such a gel could be licensed for routine use,” he added.

Jason Warriner, clinical director at the OTerrence Higgins Trust, said having a gel that could be applied after sex would be “another small step forward, particularly in countries where high HIV rates and cultural barriers to condom use have created the perfect storm”.

But he said no microbicide had yet been found that offered full protection against HIV.

“In the UK, condoms remain our best defence against the virus,” he added.

Healthy diet and lifestyle are the best weapons to fight against cardiovascular disease. It