Having your teeth pulled is one thing. Having them pulled because of a misdiagnosis is quite another.

But this is what happened to Ann Eastman, who suffers from a rare condition which inflicts excruciating pain that mimics toothache but is in fact related to damaged nerves in the face.

At its worst, the pain of trigeminal neuralgia – on the right hand side of her face, from her temple to her lower jaw – seriously affected her life.

“I was just standing there, screaming and screaming, the pain was unbelievable. My husband said ‘Be quiet! The neighbours will call the police!”

Ann can laugh about it now but when she first experienced overwhelming facial pain she was petrified.

According to Professor Joanna Zakrzewska – Professor Zak to her patients – this is all too common a story. A frightened patient, often misdiagnosed for months, or even years, in terrible and unremitting pain.

At her clinic at the Eastman Dental hospital in London she sees patients and carries out research into this little-understood condition.

Ann is 71 and the average age when trigeminal neuralgia starts is in the fifties or sixties – but it can affect teenagers and even children.

The trigeminal nerve – we have one on each side of the face – is responsible for sensation in the face as well as movements like biting and chewing. It is thought that, as we get older, nearby blood vessels can squash it.

“Compression of the nerve causes the myelin sheath – which is the protective cover of nerves of different types – to get worn away,” says Professor Zak, “and as a result of that you get crosstalk between strands of the nerve that transmit ‘light touch’ and those that transmit sharp pain.” 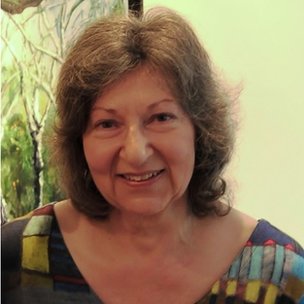 Ann Eastman had two teeth removed before the real cause of her pain was discovered.

“He said come in straight away. He looked at it and gave me x-rays and he said I can’t really see anything but you’ve got a crown there, I’ll remove the crown just in case there’s something going on underneath the crown.”

Days later and still in pain, Ann returned to her dentist who suggested she see another specialist with a very powerful microscope. His verdict after looking closely at her tooth: that there was a problem with its nerves and the tooth needed to be extracted.

“I went back to the dentist and he took the remainder of the tooth out because it was like a stump underneath the crown. I went home and waited for the pain to wear off. But the pain was still there – there was no tooth but it was still there in the exact spot.”

Like many people in search of answers, Ann turned to the internet.

“I started googling… It took me straight to trigeminal neuralgia. I read this and I said to myself ‘I have not got that because it said it’s incurable.'”

After yet another painful episode over Christmas, a new dentist extracted another tooth.

Two teeth down, and seven months after her first attack, Ann’s dentist called her. He said he’d found an expert at the Eastman dental hospital.

She saw one of Professor Zak’s colleagues.

“Just as I walked through the door I had the most terrible episode. She was sitting there holding my hand saying ‘Classic case, classic case.’ And I was put on anti-convulsants – a drug called carbamazepine.”

This drug can have significant side effects so patients are advised to start with a low dose and increase it slowly.

“When it controls the pain then you stay at that level,” says Ann.

“When you feel it has suddenly stopped you still get little jabs, particularly when you eat. Prior to that you can’t eat, just puree and shovel it in with a teaspoon at one side. The chewing action just triggers the pain.”

Patients are advised to carry the medication with them even when on holiday, so they can start taking it again straight away if the pain returns.

Some patients notice a seasonal pattern for their pain: Keith Ireland has only ever had trigeminal neuralgia attacks in winter. So far this year he remains in remission.

“There are a few triggers: hot and cold food and drink; and for me, a powerful electric toothbrush I started using triggered a particularly bad episode. I have switched back to the old one again.” 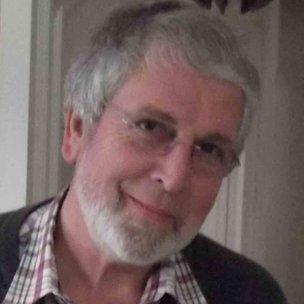 He too struggled to get a diagnosis for the pain that centred just in front of his ear but his symptoms were eventually controlled by the drug neurontin gabapentin. “When I found the effective dose it did control the pain considerably, though never completely.”

The surgical option is quite a serious undertaking, according to Professor Zakrzewska.

“The biggest operation which gives the longest pain relief is a big neurosurgical procedure that done in the right hands can render a patient pain-free – 70% of patients will be pain-free 10 years later – if we get the diagnosis right and we find a vessel that’s pressing on the nerve.”

Scans should also be done on the patient to rule out much more rare causes – like tumours.

Other options include those which destroy the nerve – a better option for patients who cannot undergo a general anaesthetic for surgery according to Professor Zakrzewska.

“These try and destroy that nerve, transmitting information and hence stop the pain. These are much smaller procedures, they include – as I call it – ‘cooking’ the nerve – what’s called radiofrequency thermo-coagulation, bathing it in glycerol – or even now we’ve got the new gamma knife.”

Pain relief normally lasts for up to 4 years after these procedures but they can be repeated. Patients can experience a numbness or loss of sensation in the face.

“We really still are struggling with trying to find out what causes this dreadful condition,” says Professor Zakrzewska.

But there could be hope on the horizon, she adds.

“I’m doing a major international drug trial using a brand new sodium channel blocker that we hope will mean we can have a drug that’s more effective in controlling this pain with fewer side effects – and so far initial things seem to suggest that it may be a breakthrough.”

Symptoms of Diabetes – Both Type 1 and Type 2 diabetes are

– Helps weight reduction by mobilizing excess fat from the body –